For the next little while, I’m focusing on my band GrooveLily’s new musical WHEELHOUSE, which premieres this spring at TheatreWorks of Silicon Valley. 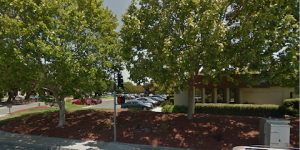 “We’ve been waiting YEARS for this!” exclaimed Kelley (artistic director of TheatreWorks of Silicon Valley) this afternoon, as he welcomed us to our week-long intensive WHEELHOUSE workshop. Brendan, Gene and I are all here, with no kids or other family members in tow, for a focused week of honing the structure and writing of our show. It’s wonderful to be back at TheatreWorks (the home of STRIKING 12 in 2004, LONG STORY SHORT in 2008, and innumerable developmental events, concerts, commissions and writing retreats supporting both those shows and others), with everyone here excited about the upcoming production.

After Brendan and I heroically got ourselves to a 6 AM bikram yoga class, and Gene heroically did a bunch of work for his NY computer job, we all met up at the rehearsal studio for costume fittings and gear setup. Costume designer Tanya Finkelstein has the interesting task of making us look like ourselves, but more so: we have to look like we’re traveling comfortably in an RV, but also ready to play a gig. Like it’s 1994, but also 2012. Like we’re totally casual, but also stylish enough to be rock stars. Heightened versions of ourselves, basically – and that’s what we’re doing in the writing as well.

Our director Lisa Peterson and TheatreWorks’ New Works Director Meredith McDonough spent the afternoon hearing us do a limp-through of our current script, and then offering their notes. It was amazing to see how quickly the two of them immediately homed in on what needed restructuring – and in nearly every case, it was about going farther away from the actual chronology or truthful details of events, in order to get CLOSER to the ACTUAL thematic truth of what we are presenting: streamlining characters and plot in order to get to their essence…heightened versions of themselves. In 90 minutes, we had cut two songs, changed the order of the entire opening, cut the intermission, and made a bunch of text and orchestration/arrangement changes that have us all incredibly pumped. We now have two new songs to write, and can’t wait to get to them in the morning! This is an incredibly invigorating process for all of us.